How To Cook Your Holiday Ham

In the Beeler family, every holiday meal is centered around a juicy, tasty, uncured Beeler’s ham. 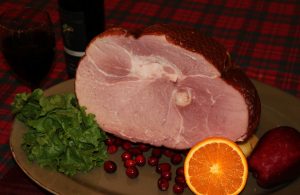 Whether it’s a Bone In Spiral Sliced Ham, or a boneless ham for a smaller gathering, nothing beats the taste of a Beeler’s ham at the holidays. We often get asked about the best way to prepare our hams, so we wanted to share a few tips and tricks for cooking the best Beeler’s ham for the holidays.

How to heat our Fully Cooked Hams

Because all of our boneless and bone-in hams are fully cooked, they simply require a quick reheating. You can choose to add a glaze (we have some recipes here to check out), or simply leave the ham as is. Either way, our hams are tasty and sure to be a holiday meal staple for your family as well.

If you plan to cook your ham without glaze:

If you just want to heat your ham as is, just wrap your ham in foil, leaving an opening at the top, and place on a rack in a pan with about an inch of water. Bake at 325 until your ham reaches an internal temp of 140 degrees. The time will vary by oven and the size of your ham, but should take about 2.5 hours or so for a half ham or about 3.5 hours for a whole ham.

If you plan to glaze your ham:

Place your ham in a broiler pan with about an inch of water, and then wrap the pan tightly with foil. Bake at 325 for about an hour. Next, take the pan out, remove the foil, and spoon a liberal amount of glaze over the top and sides of the ham. Continue to bake, uncovered (but keep that foil for later). Every 15 minutes, remove the ham and baste with remaining glaze and drippings from the bottom of the pan. Continue doing this until the ham reaches a temp of 140 degrees. Once your ham is done, remove it from the oven, baste with drippings one last time, then recover with foil and allow to rest 45 minutes (out of the oven) before serving.

How to Use Leftover Ham (if you have any!) 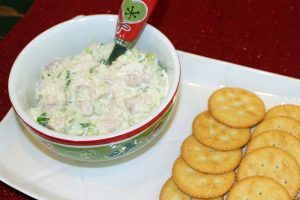 We often get asked about what to do with any ham you have leftover after the holidays. So, we’ve put together a quick list of ideas to help you out. If you have too much leftover ham to use right away, pack it tightly in a freezer ziplock and place in the freezer to use later. For the Beeler family, there is no such thing as too much leftover ham!

What are your favorite ways to use leftover ham? Leave us a comment or share it on our Facebook page for other Beeler’s Fans to try!

Special Discount: Use code SAUSAGE10 to take 10% off any sausage product through March 1! Dismiss