Whether you’re a novice home chef, aspiring meat smoker champion or experienced culinary expert, the boneless pork loin is the perfect pork cut for your next meal.

One loin can be made into several different dishes, so even though you’re using the same cut of meat your meals don’t feel repetitive. To show you some of the many options for this cut, we sent a Half Boneless Loin to our resident chef and Beeler’s sales representative, Ed Stacey, to put together some pork loin recipes you can try at home. Needless to say, the pictures made us all hungry, and gave us inspiration for our next home cooked meal. Check out Ed’s creations below, then head on over to our online store to order your boneless loin and start cooking! 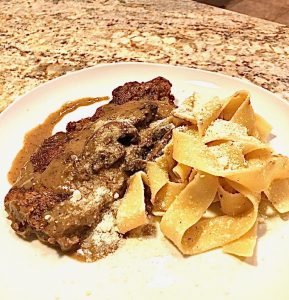 Ed pounded out a portion of the pork loin, breaded it in seasoned flour, then fried in about an inch of oil on medium heat for about 3 min per side until it was nice and golden brown. For the gravy, he made a brown roux then added pork broth (which is preferred, but you can also can use beef or chicken broth) and wild mushrooms. He then seasoned it with salt and pepper to taste and cooked it down until it was rich and thickened. When the gravy was where he wanted it, he added the cutlets to the pan and simmered in the gravy, covered and on low heat for another 10 minutes or so. 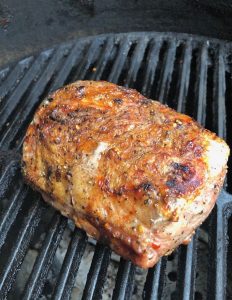 If you like to use your smoker, there is no going wrong with a seasoned, smoked pork loin. But, Ed also took that smoked loin and used it in several other recipes to show just how versatile it can be. To smoke the loin, he rubbed it with olive oil, then simply seasoned it with ground pepper, sea salt and some red pepper flakes. He then smoked it at 225 degrees for about 2 to 2.5 hours, or until it reached 150 degrees. The time can be adjusted depending on how you prefer your loin – this loin was about “medium.”

Once that loin is done, you have many options: 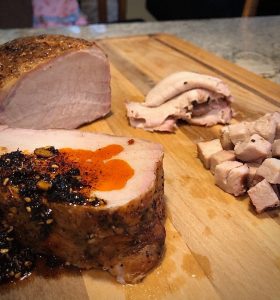 Simply take your smoked pork loin and cut thick chops for a Double Cut Chop. Serve with salsa macha for a spicier take on your pork chops.

Slice some of the chop extra thin, then serve on a sandwich. Try it on a Philly roast pork sandwich with broccoli rabe and cheese. 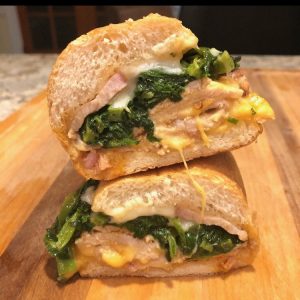 You can also use the thinly sliced pork loin in an Asian noodle bowl with bok choy and enoki mushrooms.

Cube some of the loin to use on pork tacos, or in place of chicken breast in your favorite recipe.

Like what you see? Head over to our online store to purchase a half boneless pork loin!

Looking to add Beeler's products to your restaurant menu or store shelves?

We have all the pork options you need for food service and retail meat counters.

Click Here to learn more or send us a note